The Renaissance of Homeopathy

Dr. Hahnemann would be pleased to know that two centuries after his discoveries and research, homeopathic medicine is being proclaimed the leading edge, natural medicine of the third millennium.

Today, homeopathy is the most widely used form of alternative medicine in the world, supported by the World Health Organization (1), which claims that approximately 500 million people worldwide receive homeopathic intervention. In 2004, the WHO submitted “Homoeopathy: Review and Analysis of Reports on Controlled Clinical Trials”, maintaining that the majority of peer-reviewed scientific papers published over the past 40 years have demonstrated that homeopathy is equivalent to conventional medicines in the treatment of illnesses, in both humans and animals. 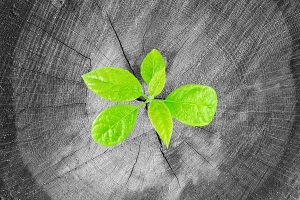 In February 2010, the WHO initiated steps towards standardization in the preparation of homeopathic medicines.

If we consider the position of Homeopathy as a system of medicine from an international perspective, we see that it is the second most-used medical system worldwide (2), with over $1 billon in expenditures for this therapy.

The international high regard for Homeopathy is reflected in the government legislation of all countries not controlled by pharmaceutical interests. Homeopathy is currently used in over 80 countries.

•  It has legal recognition as an individual system of medicine in 42 countries and is recognized as a part of complementary and alternative medicine in 28 countries. (3) Christian Boiron says: “Homeopathy has now spread its wings globally, with currently 450 million patients”. (4)

•  In the United States, there are more than 500 physicians and 5000 non-physicians using Homoeopathy in clinical practice, and 2.5 million Americans currently use Homeopathic medicines – of which two-thirds are self-prescribed – spending more than $250 million annually. (5)

These homeopaths work in the over 215 homeopathic hospitals and 7000 dispensaries. There were 28 homeopathic dispensaries in Delhi in 1978 and there are now 78. The number of individuals taking homeopathic medicines has more than doubled in 2006 from the 800,000 there were in 1997. (7)

Homoeopathic prescriptions are reimbursed under the National Health Service. India has a large number of homoeopathic colleges, many of which are supported by the state governments or the federal government. The staff of the Bombay Homeopathic Hospital includes an impressive list of famous homeopathic doctors recognized for their successes in treating everything from asthma and cancer to ulcerative colitis.

•  In 1970 the government of Sri Lanka (Ceylon) passed a homoeopathy bill which accorded official recognition to this method of practice.

Homeopathy is a standard and accepted practice of medicine in Europe

•  Three Europeans out of four know about homeopathy and, of these, 29 % use it for their health care. (8)

•  In 2009, Switzerland, like other European countries, enshrined homeopathy in its constitution.

•  The Swiss Federal Office for Public Health issued a report to the government of Switzerland which concluded that “the effectiveness of homeopathy can be supported by clinical evidence, and professional and adequate application is regarded as safe”. (9)

•  In another study, Swiss psychiatrists were able to establish the effectiveness of homeopathy in the treatment of ADHD. (10)

•  Despite pressures to use allopathic treatment and pharmaceutical drugs after WWII, the British Parliament adopted the Faculty of Homoeopathy Act in 1950, incorporating the faculty of the Royal London Homoeopathic Hospital and empowering it to issue diplomas of competence in homoeopathy.

In fact, the UK has placed homeopathy in the highest group of therapies (11) with osteopathy, acupuncture and herbalism, and described it as a “professionally organized discipline with its own diagnostic approach….”. The same report mentions the scientific evidence of its effectiveness and recognized system of training for practitioners.

The National Health Service reimburses homoeopathic physicians for treatment, despite lobbying by pharmaceutical interest and representatives. Over 42% of British physicians refer patients to homeopathic physicians. (12) It is the most favored specialization of interning British Medical Doctors. 86% of Scottish GPs surveyed in 2003 were also found to be in favor of homeopathy. (13)

60% of the UK doctors who use homeopathy do so because of good experience of homeopathy as an effective treatment and because of anxiety about the hazards of conventional treatment, according to an article written by R. Halvorsen, “Alternative therapies in the practice” in The General Practitioner Magazine of February, 2005.

•  Britain isn’t alone. In 1978 the Drug Law in the German Federal Republic established a separate register for homoeopathic drugs and thus afforded them legal protection. In France where over 32% of French physicians use homeopathy on over 30% of the population (14), the official pharmacopoeia has a separate section for homoeopathic medicines. 45% of Dutch physicians (15) consider homeopathic medicines to be effective. Russia, Romania, and other countries of Eastern Europe give state support to homoeopathic clinics.

•  The Greek government has also legislated homoeopathy. 37% of the Norwegian population uses homeopathy, 48% of Australia’s and 90% of the Netherlands’s population favors homeopathy.

National schools and centers for Homeopathy

•  Mexico has several homoeopathic medical schools, both public and private, of which the leading one is the Escuela Nacional de Medicina Homoeoptica.

•  In Brazil, the government-financed Federal Medical School has professors of clinical homoeopathy. In Cuba, provincial and National centers for Homeopathy train health professionals (approx. 700 MDs, 150 pharmacists, 600 veterinarians and 250 dentists) and provide homeopathic services in all policlinics on the island.

Homeopathy is practiced and enhanced by practitioners of conventional medicine

The vast majority of contributions to the provings of remedies, and the research and documentation added to the Homeopathic Materia Medica, has been made, and continues to be made, by medical doctors. Other licensed professionals who specialize in homeopathy include naturopathic physicians, chiropractic doctors, acupuncturists, physician assistants, nurse practitioners, and nurses. There are also hundreds of veterinarians and dentists who utilize homeopathic medicines, and their numbers are rapidly growing.

What happened to Homeopathy in North America in the last century? Following its spectacular popularity in the United States and Europe in the 1800’s, Homeopathy became the object of vigilant opposition from its detractors who promoted false prejudices. It is interesting to note that the American Medical Association deemed the Homeopathic training schools and hospitals as unconventional in that they allowed women and blacks to train and practice.

Then the Carnegie Foundation sided with the AMA, as did the Rockefeller Foundation, and boosted the more “conventional” medical hospitals and schools with gifts in the tens of millions of dollars (in 1919), leaving the homeopathic schools in the dust.

Finally, the rise of profitable pharmaceutical treatment (homeopathy is not patented, is inexpensive to manufacture, and is accessible), and the inappropriate application of clinical trials and meta-analysis to homeopathy, sent it to the backroom of medical intervention in the eyes of North Americans. Quebec, where people are kept in the dark about homeopathy due to the province’s historical economic dependence on the pharmaceutical industry, had its own casualty of this trend: The Montreal Homeopathic Hospital (now the Queen Elizabeth Hospital on Marlowe in NDG) closed its doors in the 1950s. In it’s first year of existence, this hospital surpassed all the records in the Dominion with a death rate of only ¾ of a percent (16).

The future of Homeopathy

But things have changed. More and more, people are interested in medicine that works with them to support their body’s ability to heal itself and less interested in drugs that work ‘on them’ and that may come with unnecessary side effects and risks.  With the introduction of the internet in our mainstream society, news of how individuals are benefiting from Homeopathy is spreading far and wide and more than ever people are empowered with the information they need to seek the medicine that is right for them.  Slowly we are seeing that opinions are changing and that the time is right for our medical system to integrate Homeopathy.

The fact that the Ontario government has now created an Order of Homeopaths is a very positive sign of the times.

Originally a physicist and biomedical researcher, Judyann has had a clinical practice for over 15 years, has held conferences since 1984 and has been a teacher of courses in physics, health sciences, homeopathy, holism and spirituality since 1975.  Visit her profile page in our professional directory to learn more.

(8)    Homeopathic medicinal products. Commission report to the European Parliament and the Council on the application of Directives 92/73 and 92/74

(16)   http://www.homeopathy.edu/historycdn.htm, “Homeopathy in Canada: A Synopsis” Presented in 1994 at the 8th International Conference of Traditional Medicine and Folklore at St. John’s NF.  The paper was also published in Health and Homeopathy, Fall of 1995.

If you feel that engaging with this deep level is your calling, then don’t miss the opportunity to join the new group that’s forming now. You can apply here to get started or get in touch with us directly by calling (514) 486-2716 or email [email protected]. We’ll be happy to answer any questions you might have.

The Renaissance of Homeopathy

Ready to Transform Your Life and embark upon a career in Holistic Health?

Interested in learning more about homeopathy and how it can help you? Looking for continuing education in holistic health?